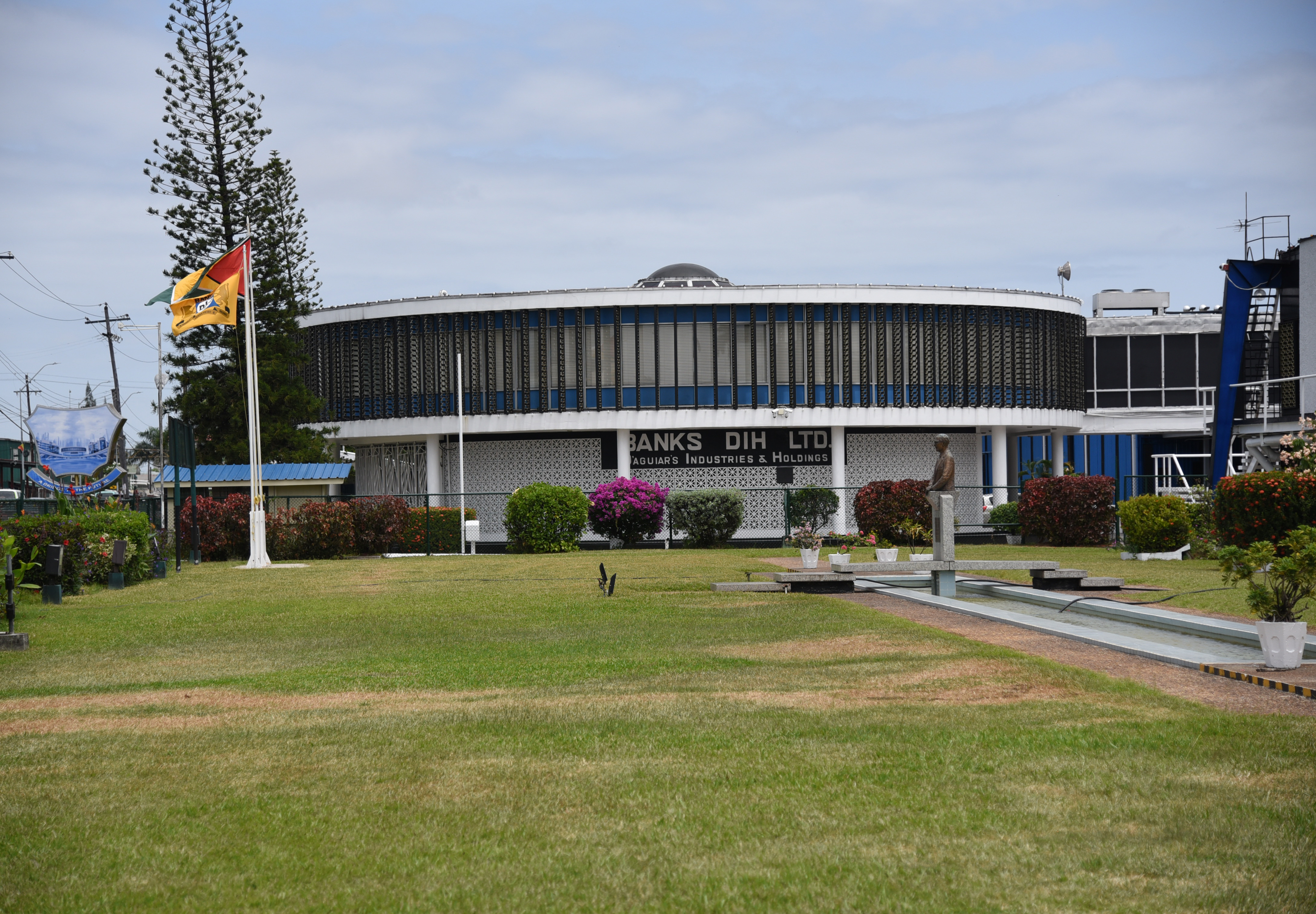 Banks Automotive and Services Inc.(BASI), the most recently established Company, was incorporated on May 2, 2019. BASI is divided into two units (Automotive and Alternative Energy). The Automotive Unit is the official Unicarriers Forklift Truck dealership in Guyana, while the Alternative Energy division’s primary focus is on the installation of Solar Photovoltaic systems.

Banks DIH Limited is also engaged in banking services with the ownership of 51% shares of Citizens Bank Guyana Inc.

Find out more about our products and services.

Quality and standards at Banks DIH are maintained at a high level, as evident in the Company’s products receiving ISO Certification and awards at the Monde Selection in Brussels. Our Company has received recertification for the period 2018 to 2021 for the Soft Drink and Novelty/Dairy plants.

The Company continue to comply with requirements which enables it to manufacture products that conform to international standards. For 2017 the Soft Drink and Novelty/Daily Plants successfully completed recertification with Lloyd’s Register Control and South America’s Limited for the following:

The XM family of rums has received international acclaim in 2018 with XM Supreme 15-year-old and XM Special 12-year-old receiving Grand Gold Awards while XM Royal 10-year-old and 5-year-old were bestowed Gold Awards by Monde Selection, an International Institute for Quality Selection based in Brussels. XM 15, 12 and 10-year rum won Gold Medals at the Rum Masters tasting competition in England in 2013 while XM 10-year-old was a Gold Medalist at the Caribbean Rum Festival in 2014.

Our Flagship Banks Beer and the latest edition in our beer family - GT Beer both won Gold Medals at 2018 Monde Selection for quality as well as Rain Forest Waters.

Guinness Stout, bottled under license earned second place in the Americas and fourth worldwide in the Guinness League of Excellence in 2017.

The product range carried by the company reaches the homes of all Guyanese as the Company has a fleet of over two hundred and eighty vehicles. There are branches in Linden, Bartica, Berbice, Essequibo with distributors and agents in all three counties.

Our Company exports to several countries within the Caribbean and further afield. Our Manufacturing, Sales and Distribution functions have been strengthened through linkages with several established companies. We import and distribute Pine Hill Juices, Drinks and Milk Products and Smirnoff Ice.

The excellent results over the years reflect the benefits from past and present investments.